It was that awkward stage in my life, a couple of years into my teens when you are so conscious; you feel you are ugly, fat, and not good enough. Your face is just not right, your nose too flat, your smile not pretty enough, your eyebrows too thick and so on. The only people I wanted to be with were my friends because they accepted me for what I was, good, bad and ugly. I would otherwise spend my time locked in my room with my books and music.  Social interaction was alien to me. But my parents thought different. They would encourage me to go out with them visiting friends, relatives, go shopping. Most times I would escape by mumbling some excuse but other times I had no choice but to reluctantly tag along because I didn’t want to disappoint them. My brother being away in a hostel studying medicine escaped these obligations and the onus always fell on me. 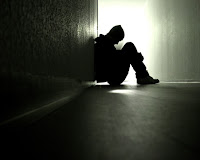 It was on such an occasion when we were on our annual visit to Guwahati and staying at my grand mom’s house, my parents decide that I should go shopping with them. I thought of every conceivable excuse but at the end had to relent and accompany them but on one condition that I wouldn’t get out, I would stay put in the car. They agreed. We set out in our car, my parents ignoring my sulking. The day was bright and sunny, the streets were crowded and the shops were buzzing with people. Getting a parking space was a challenge but we were lucky, my dad managed to squeeze the car in a vacant slot. My parents were not happy at all leaving me alone in the car but because we had an agreement, they left me with a lot of forewarning, that I should not leave the car under any circumstances even if some stranger comes and tells me that one of them is hurt. I just wanted to be left alone so I agreed and promised and assured them that I wouldn’t leave the safety of the car. However, before I continue my story I want to tell you what the situat ion in Assam was then. Our state was in turmoil, it was reeling under violence and agitation instigated by power hungry politicians and like minded people for their own selfish gains. We had become xenophobic, villages were burnt and razed to the ground, and families lost their loved ones to death or to the terrorist outfit ULFA. People were discontent, lives had no value, there was extortion for money, kidnapping, murder, you name it we had it. So under these circumstances I found myself sit back in the car to go into my own dream world. My parents’ unease at leaving me alone was understandable under the circumstances.
I had barely relaxed when my dad came hurrying back and very discreetly asked me to get out of the car. I wanted to know why and he said “Don’t look back but there is this man who has been staring at you intently. I noticed him as we left you. He was on the opposite side of the road when I was parking the car but now he is right behind the car and staring at you, I don’t want you sitting here alone.” Fear got the better of me and I didn’t protest, I took my dad’s hand and walked ahead. And he followed us. I didn’t dare turn and take a look at this stalker until he and I came face to face. It was an encounter I remember to this day. We had reached a shop where my mom was waiting anxiously for us and as we stopped this young man walked straight up to me. I cannot forget those haunted eyes. He was a fairly good looking man, must have been in his early twenties. He had no shirt and there was a deep fresh burnt scar on his chest, his trousers were in rags. He kept staring at me with tears streaming down his 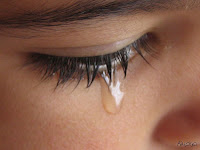 face, his lips moved and yet no words formed. I knew he was trying to tell me something but I was too scared to ask him. I moved away and yet he kept coming to me. Seeing my discomfiture the shopkeepers shooed him away calling him a mad man. He may have been mad but more like a very sad man to me. He didn’t go very far and continued looking at me with tears in his eyes.

It is been so many years now but I often think about that young man. Who was he, what was it he was trying to tell me, did I remind him of someone he had lost, was he asking for help? Anything was possible those days with the carnage that was spreading in Assam. I wish I had gathered enough courage to ask him, I wish I were more patient to listen to what he wanted to tell me that day. But I was scared and uneasy and wanted to escape his scrutiny. My parents were very disturbed and all plans of shopping abandoned we left for home. As I w alked back to the car I turned back to have one last look at him, and there he was a lone, lost soul, his tearful eyes following me as we walked away.
Posted by Rimly at 7:13 AM

Journey by Rimly is licensed under a Creative Commons Attribution-NonCommercial-NoDerivs 3.0 Unported License. Blogs That Inspire Me